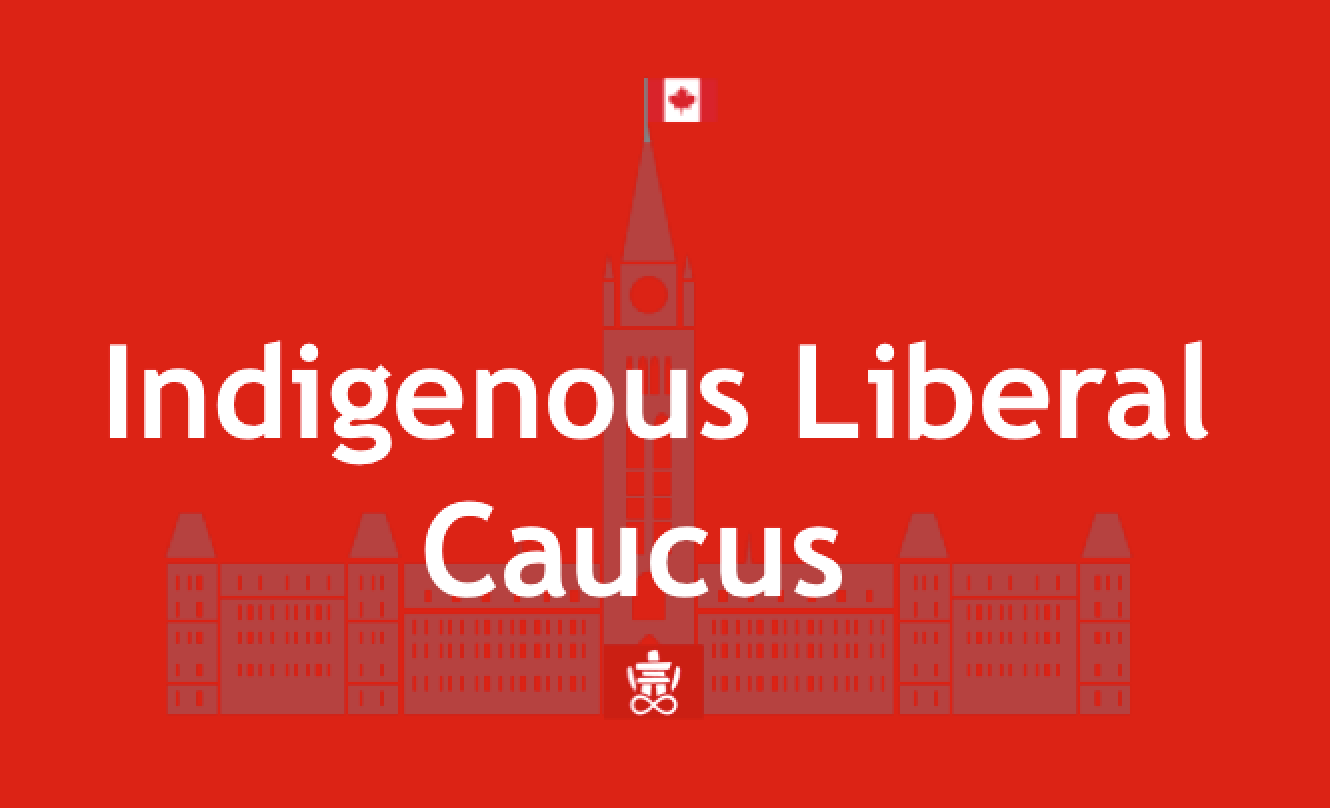 In 2015, the Liberal Party of Canada made history by electing the largest contingent of Indigenous Members of Parliament (MPs). The Liberal Party has elected the most First Nation, Métis and Inuit MPs throughout Canada’s history. However, it’s the Indigenous Peoples’ Commission’s belief and goal that we need to elect many more Indigenous MPs who provide a strong voice for Indigenous peoples within the Liberal Party and in federal Liberal governments.

The IPC’s goal is to support the current Indigenous Liberals Caucus and work to promote the Indigenous MPs. We also will be working on fundraising for the re-election of these MPs and the election of potential new MPs. This will be done through the Indigenous Electoral Endowment Fund that will be announced in the near future.

On this page you will find the profile, picture, social media links, links to riding maps and importantly links to donate to the Indigenous MPs riding association to help get this strong contingent of Indigenous MPs re-elected. 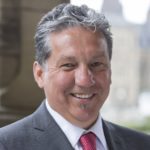 Dan Vandal, Member of Parliament for Saint-Boniface–Saint-Vital, is a member of Committee on Official Languages and Committee on Canadian Hertiage. From 1995 to 2014, he served as the representative for St. Boniface on Winnipeg’s City Council for all but two years. As a City Councillor, he occupied a number of leadership roles including that of Deputy Mayor.

Prior to his entry into municipal politics, Dan dedicated himself to a career in social work, collaborating with organizations that sought to support Winnipeg’s youth. He also competed as a professional boxer and at one time was the top Canadian in his weight class. Currently he serves as a board member of the Aboriginal Peoples Television Network and is the chairperson of the Manitoba Combative Sports Commission.

Learn about the important work Dan Vandal does as a Parliamentarian 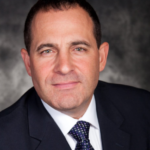 CO-CHAIR OF THE INDIGENOUS LIBERAL CAUCUS

Marc Serré is currently the Chair of the Northern Ontario Liberal Caucus as well as member of the Liberal Indigenous Caucus, The Standing Committee on Natural Resources, The Canada-China Legislative Association, The Association interparlementaire Canada-France, The Canada-United States Inter-Parliamentary Group and The Assemblée parlementaire de la Francophonie.

Mr. Serré is an award-winning telecom technologies researcher and developer whose presentations have taken him across Canada and the US. He is the proud recipient of the Canadian IWAY Award in recognition for his innovation and outstanding achievements in Internet adaptive technology.

Driven by a desire to invest in future generations, Marc served as a school board trustee. He was also a Municipal Counsellor in West Nipissing, a Hospital board member, and Chair of the West Nipissing Planning Committee. He is a proud recipient of the Ontario Community Action Award for his work in both the non-profit and disability sectors.

Marc earned an Honours Bachelor of Commerce B. Com. with a specialization in Human Resources and Marketing from Laurentian University. Marc’s personal achievements also include the completion of marathons and triathlons.

Born and raised in Nickel Belt, Marc comes from a long line of community volunteers and politicians; his father Gaetan and Uncle Ben Serré both served as MPs and were dedicated to facilitating change and growth in their community. Marc is also a Citizen of the Mattawa/North Bay/Algonquin First Nation and Metis of Ontario.

Learn more about the important work Marc Serré does a Parliamentarian 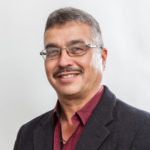 Michael McLeod is the Member of Parliament for Northwest Territories and sits on the Standing Committee on Indigenous and Northern Affairs and Standing Committee on Natural Resources.Born and raised in Fort Providence, he served Northwest Territories residents as a member of the Legislative Assembly from 1999-2011, and now advises clients in the tourism industry as Tourism Development Officer for the government of the Northwest Territories. Prior to this, Michael served as Mayor of Fort Providence, president of his Métis Local, and vice-president of Deh Cho Regional Council. He began his career as a self-employed contractor, and understands the needs of small business owners and their families.

A Major Corporal with the Canadian Junior Rangers, Michael has been an active and dedicated member of his community. He is a member of the Northwest Territories Tourism, NWT Public Utilities, and Mackenzie Valley Environment Impact Review Boards – whose mission is to conduct fair and timely environmental impact assessments in the Mackenzie Valley that protect the environment, social, economic, and cultural well-being of its residents.

Michael earned his diploma in Management Studies from Arctic College, and enjoys spending his free time outdoors going hunting and fishing. Michael comes from a family dedicated to public service – his brother currently serves as the Premier of the Northwest Territories. 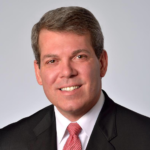 In 1994, Vance began his career in public service as a Port Colborne City Councillor. Soon after, residents elected him Mayor, a role which he later reclaimed in 2006. During this term, Vance served on the Niagara Regional Council and was Chair of the Health Services Task Force and the Economic & Tourism Development Corporation, while Vice Chair of the Niagara Region Police Services Board.

Vance was a founding member of the Wellspring Niagara Cancer Support Centre – an organization dedicated to providing free social, emotional, psychological, informational and spiritual support to individuals living with cancer, their families, and close supporters. Vance is married to Lisa, and they have two teenage daughters, Logan and Jordan. Vance and his extended family have lived and operated their family business in Port Colborne for over 50 years.

Learn more about the important work Vance Badawey does as parliamentarian

PARLIAMENTARY SECRETARY TO THE MINISTER OF INDIGENOUS AND NORTHERN AFFAIRS

Yvonne Jones is the Member of Parliament for Labrador and is the Parliamentary Secretary to the Minister of Indigenous and Northern Affairs.

Prior to her election to the House of Commons in May 2013, Yvonne was Liberal MHA for Cartwright-L’anse au Clair since 1999. She also held the seat as an independent as early as 1996. During her time has a Liberal MHA she served as the Parliamentary Secretary to the Department of Works, Services and Transportation and to the Department of Health. In 2003, Yvonne Jones was the first female in the province to be appointed Minister of Fisheries & Aquaculture. She was also the Minister Responsible for the Status of Women.

A graduate of West Viking College, Yvonne began her career as a journalist and has worked throughout the province as a news reporter. She also carried out contract work as a researcher with Memorial University and as a Resource Employment Counselor with Human Resources Development Canada. Yvonne is also an entrepreneur and has owned and operated small businesses in Labrador in both the transportation and tourism sectors. Her first foray into politics was as Mayor of her hometown, Mary’s Harbour, Labrador, in 1991.

Through her volunteer work with the Battle Harbour Development Corporation, the Combined Councils of Labrador, the NunatuKavut and various literacy groups and councils, Yvonne played a significant role in improving the quality of life not only for the people of her district, but for the people of Newfoundland and Labrador.

Learn more about the rich diversity and backgrounds of Liberal MPs from across Canada. Many of them in ridings with large Indigenous populations. #TeamTrudeau